NOT FOR DISTRIBUTION TO U.S. NEWS WIRE SERVICES OR DISSEMINATION IN THE UNITED STATES

The Company expects to use the net proceeds from the Offering and the Specified Shareholders' Investments to repay certain outstanding debt.

The Subordinate Voting Shares began trading on the Toronto Stock Exchange (the "TSX") on May 21, 2021 under the symbol "DNTL".

The Offering was completed pursuant to the Company's supplemented PREP prospectus dated May 20, 2021 (the "Prospectus"), and filed with the securities regulators in each of the provinces and territories of Canada, a copy of which is available under the Company's profile on SEDAR at www.sedar.com.

The Subordinate Voting Shares are currently listed for trading on the TSX, while the Multiple Voting Shares are not listed on a marketplace. For further information and to obtain a copy of the early warning reports to be filed under applicable Canadian securities laws in connection with the foregoing matters, please see the Company's profile on SEDAR at www.sedar.com.

dentalcorp is Canada's largest and fastest growing network of dental practices, committed to advancing the overall well-being of Canadians by aiming to deliver the best clinical outcomes and unforgettable experiences. dentalcorp acquires leading dental practices, uniting its network in a common goal: to be Canada's most trusted healthcare network. Leveraging its industry-leading technology, know-how and scale, dentalcorp offers professionals the unique opportunity to retain their clinical autonomy while unlocking their potential for future growth. Learn more at http://www.dentalcorp.ca.

dentalcorp Holdings Ltd. ("dentalcorp" or the "Company") (TSX: DNTL), Canada's largest and fastest growing network of dental practices, today announced that it has entered into an agreement with a syndicate of underwriters (the “Underwriters”), led by CIBC Capital Markets, BMO Capital Markets and TD Securities Inc., who have agreed to purchase, on a "bought deal" basis, 6,135,000 subordinate voting shares (the “Shares”) of the Company from treasury at a price of $16.30 per Share for gross pr...

TORONTO, ON – November 18, 2021 – dentalcorp Holdings Ltd. ("dentalcorp" or the "Company"), (TSX: DNTL), is pleased to announce that President, Guy Amini, has been named one of Canada's Top 40 Under 40®, Caldwell's annual leadership award recognizing exceptional professional achievement by young Canadians.

TORONTO, November 12, 2021 – dentalcorp, Canada’s leading network of dental practices, welcomed 15 Practices to its network in the third quarter of 2021. dentalcorp prides itself on partnering with the nation’s top dental clinics, allowing dentists to retain their clinical autonomy while benefitting from access to comprehensive strategic resources and expertise. 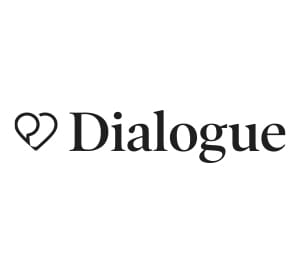